A bill passed by an Assembly committee Monday would bar convicted animal abusers from owning a pet or working in a pet-related business in New Jersey.The measure is being called “Moose’s Law” to memorialize the chocolate labrador from Delran that died in a hot car in July of 2012 after being kidnapped by a woman who worked with animals for a living. 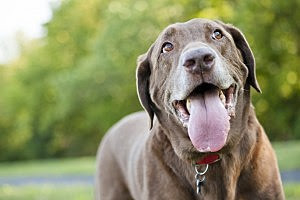 “This bill seeks to create some heightened animal cruelty penalties for those working in animal enterprise businesses,” said bill co-sponsor, Assemblyman Troy Singleton (D-Mount Laurel). “We would make sure that those individuals could not be in contact with animals as long as that (animal cruelty) conviction is on their record and has not been expunged or a judge has not waived it.”

In July of 2012, Moose jumped a fence at his home and was missing for over a month before a woman who was a self-proclaimed dog trainer returned his dead body to the owners. She claimed she found him dead alongside the road. According to police investigations, however, the woman allegedly found Moose alive and kidnapped him, giving the dog to a new set of owners in Pennsylvania. The dog was then allegedly left in a hot car, causing his death.

The proposed bill would also bar a person from owning a pet if he or she has been convicted of an animal cruelty offense in any state.

“After what they’ve gone through, Moose’s family has been fighting to ensure that other families don’t have to endure a similar tragedy. Putting these restrictions in place will help ensure that his heartbreaking story results in greater protections for other animals,” Singleton explained in an emailed statement.

Under current law, the woman in Moose’s case could continue to work as a dog trainer even though she was convicted of animal cruelty, thereby placing other animals and animal owners at risk Singleton said.

“We want to speak up for those who can’t speak for themselves. Obviously as a pet owner it’s important to me and to many,” Singleton said.

Opponents of the legislation claimed there are due process concerns for those who have already pleaded guilty to animal cruelty offenses or agreed to pay a civil penalty. They also said veterinarians could have their license revoked without a proper review. In addition, critics believe judges should be allowed to decide case-by-case if the mandatory employment prohibition is reasonable on a temporary or permanent basis.

Gov. Chris Christie previously pocket vetoed the legislation, but that was when it included the provision that would bar anyone convicted of animal cruelty from owning a pet.