A domestic violence bill was introduced five years ago to crack down on perpetrators and protect victims. That bill was vetoed by Gov. Chris Christie, who ordered the attorney general’s office to study how technology could track domestic violence offenders. Its report says, “No law enforcement or court personnel can control the actions of the victim,” who “could choose to abandon her GPS in favor of reconciling with the offender, give her device to a proxy for the purpose of retaliation or revenge or simply forget to carry her device.” Which sounds to the bill’s sponsors like “blaming the victim.” Assemblyman Troy Singleton (D-7) told NJTV News Anchor Mary Alice Williams that he has some concern with the report because it says victims would somehow use the GPS monitoring for retaliatory action. 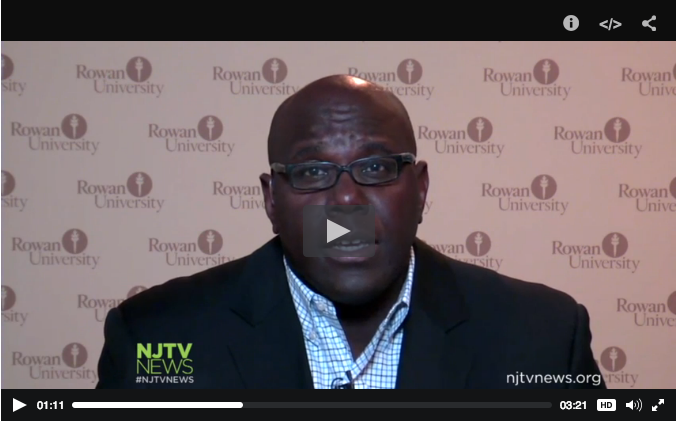 “What really concerned me the most was that that passage that I think you eluded to earlier with respect to saying that victims somehow use GPS monitoring of their offenders and their abusers to be a retaliatory action,” said Singleton. “The evidence that you’ve seen in various jurisdictions, the U.S. Department of Justice in June of 2012 commissioned a very thorough report on this very topic. Anecdotally as well as quantitatively, that was not seen to be the case. So I’m disappointed that the governors through their attorney general’s office used that as language in their report, especially being October as Domestic Violence Awareness Month. I found it to be highly offensive.”

Studies that were done in states such as Kansas, Minnesota and Tennessee found that victims were manipulating the GPS devices. Singleton said that the U.S. Department of Justice report is more comprehensive and that it shows broader details. He also said that the Department of Justice report shows details that victims of domestic violence see the GPS monitoring as giving them peace of mind and a return to a stable life, allowing them to move forward.

Previously, a different version of the bill had been proposed through the legislature. According to Singleton, the bill in its original form included a pilot program in Ocean County and that it would be done over a five-year period. The study would have included the study of use of GPS monitoring of individuals who have been convicted of contempt, domestic violence and violating restraining orders.

Singleton said that judges would have the ability to have some flexibility through an assessment tool to determine if an offender should be under GPS monitoring.

“The idea behind it is to turn victims into survivors and we were disappointed when the governor chose not to sign it as presented,” Singleton said.

Whether the bill makes it through this time, Singleton said, “I think the governor’s report — which was to establish whether or not the technology exists — the governor’s report, his own report says that it does. So while we cross that hurdle, it’s now our responsibility to come up with the mechanisms to make it work.”